We joined in the Global Day of Action during COP26 on the streets of Brussels, participating in a climate die-in which resulted in CCAB members being among 240 rebels arrested. Our homemade paper flowers (and flower-boy!) added a beautiful touch of theatre to the protest. Read more here (in French, but with nice vid) and here. Further pics on facebook.

Our autumn craftivism campaign saw us making beautiful canaries to ‘carry’ letters to decision-makers, as a symbol of the need to act now before it’s too late. We sent around 30 canaries around Brussels and beyond! Beautiful pics of canaries here. Latest update on canary distribution here and here and here. Canary instructions if you want to make your own here. 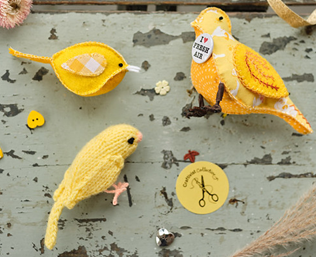 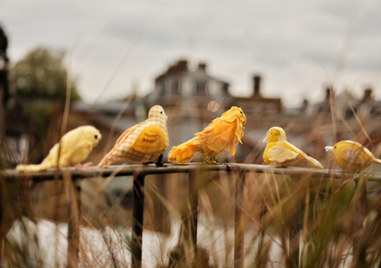 Just as the COP started, we joined 1000 others on the streets to show citizens’ interest, urgency and concern. We even made the front page of the Brussels Times More pics here

It felt good to be back on the streets again! — this time with canaries, and including a prayer moment in the park at the end. Read more here

— CCAB held a lockdown-friendly Climate Christmas campaign ! We created home-made Christmas decorations – cheerful, low-tech and with a climate message, and used them to decorate Christmas trees in Brussels! Check out our gallery, and action reports here and here. Seasonal cheer was further enhanced by some Climate Christmas carols, a sample of which can be heard here.

— CCAB launched a year of prayer towards the (postponed) COP26.  Regular prayer mails and monthly online prayer sessions.    Sign up here for prayer mails, and join us on 1st of each month via this link.

July 2020 – making our voices heard towards the EU

— Getting used to ‘masked’ protests by now… this time demonstrating outside the EU institutions with Rise4Climate.

— We took to the streets again in a creative and hopeful mass action with our XR brothers and sisters,  speaking out for the change we need for the future. Check out the report here on facebook. We were also out and about on our bikes with Critical Mass.

— Christian Climate Action Belgium held its first online event, a prayer service in lament for the climate crisis. After prayers, there was a short presentation of CCAB and some discussion. A good time of solidarity and exchange during the Covid lockdown.

— No longer taking place @ Chapel for Europe on 31st March. This was planned to include speakers, book launch and discussion … with refreshments! Keep watching this space for more update if we can make alternative arrangements/date…

— A merry group from CCAB joined youth, non-youth and Greta Thunberg for the climate march in Brussels. See more on facebook here

— CCAB coordinated a letter to Diocese in Europe General Synod representatives, requesting urgent action and strong leadership from the church on the climate crisis. 65 people signed the letter, which was well received by the Bishop and Synod reps. General Synod voted to make the Church carbon-neutral by 2030 (compared to proposed target of 2045).

— CCA cyclists braved the winter chill to participate in the ‘Mythical Mass‘ collective bike ride to the Brussels motor show (‘Autosalon’). This happy ‘critical mass’ event  brought together 600+ bikers of all ages and styles to demand an end to the disproportionate and misleading advertising from the car industry in an age when we should be putting our energies into climate-friendly mobility solutions.   Photos on our facebook page

— With Brussels decorated for Christmas, and a festive atmosphere of baubles and mulled wine, Christian Climate Action were part of the collective reading of the ‘second declaration of rebellion’ on the Grand Place. A peaceful crowd of rebels stating their determination to continue Telling the Truth in 2020 for the sake of the planet. As always, the pics are on facebook.

— As the COP25 discussions continued, we joined thousands of others to surround the Palace and the Parliament with a loud and cheerful human chain, to draw our leaders’ attention to the climate emergency and the need for urgent action. We took the opportunity to sing some climate emergency Christmas Carols (see Resources page) ! Some pictures on our facebook page.

— After another thoughtful climate prayer service at Holy Trinity Brussels we were out on the streets again, feeling the urgent need to keep the climate crisis on the agenda on the eve of the upcoming COP. Some photos on our facebook page

— Christian Climate Action Belgium were proud and excited to participate in Extinction Rebellion’s Royal Rebellion, the first mass national action in Belgium. See our facebook page for the news on how it went.

— We held ‘Climate Conversations’ with the congregation of Holy Trinity Brussels after the morning service (which coincided with Harvest Festival). There was lots of good discussion and a real appetite to understand & debate climate change issues, as well as find ways to live in a more climate friendly way. Some pictures here, and the ‘collective wisdom’, handy tips and useful links will soon be shared via the Resources page.